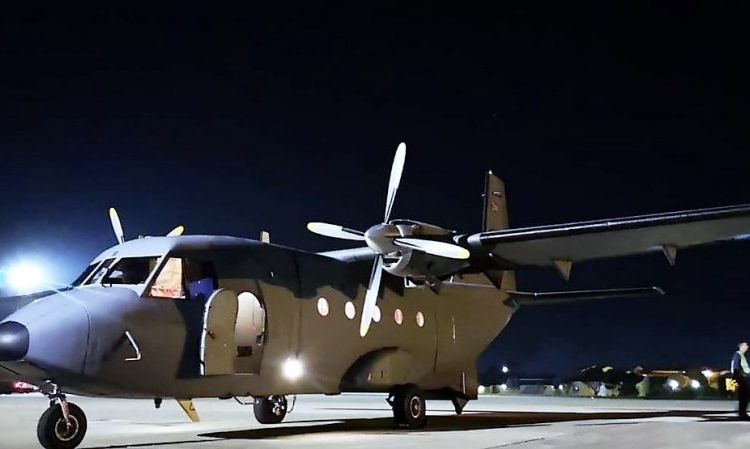 The South African Air Force (SAAF) and the SA Navy (SAN) has deployed critical assets in enforcing the national Coronavirus (COVID-19) lock down efforts in order to contain the spread.

The deployments, under Operation NOTLELA was conducted to all nine provinces after President Cyril Ramaphosa mandated the armed forces to assist the Police Service to maintain law and order, support the state departments and to control the border line to combat the spread of COVID-19.

As part of operation NOTELLA, the SAAF has deployed its aerial platforms under the operational command and control of the Joint Operations Division in different provinces. The formations available for NOTELLA are; Air Force Base Waterkloof which will operate; 1 x C-130BZ Hercules (Medium transport), 2 x C212 Aviocar (Light transport) and 1 x C208 Caravan (Light transport).

Captain (SA Navy) Jaco Theunissen, spokesperson of the Joint Operations Division, disclosed that the aircraft “are tasked to provide various missions depending on each case scenario for among others; deploying to areas of concern as per requirement; logistic and medical supplies; surveillance of border areas as well as flights for leadership in order to reach deployment areas.”

To date, the SAAF has flown approximately “120 hours combined” in support of Operation NOTLELA.

The MRS platoons are deployed in conjunction with and in support of the South African Police Service (SAPS).

The SAN naval assets tasked to operation NOTELLA are Offshore Patrol Vessel (OPV) SAS MAKHANDA currently deployed (under the operational control of the J TAC HQ KwaZulu-Natal) to patrol the sea boarder with Mozambique to ensure that no border crossings take place via sea. The sea patrol covers a maritime area of responsibility stretching from Durban to Ponta do Ouro (RSA/Mozambique border).