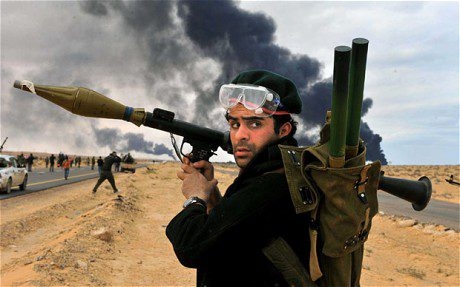 While most of the world prepares for the celebration of Christmas, the political situation within Libya grows more acute.

To briefly recap General Khalifa Haftar leading the forces of the Libyan House of Representatives (HOR) appears to be on the verge of victory with his forces laying siege to the capital city of Tripoli and the forces of the UN Backed Government of National Accord (GNA).

However, within the last fortnight several diplomatic moves have taken place that have the potential of having this conflict morph from a civil conflict into a regional war.

The GNA sent out an appeal for assistance to one of its major backers Turkey. This resulted in an MOU being signed between the two parties. One of the key provisions calls for Turkey to resupply the GNA forces as they are driven back towards Tripoli. However the Turks are considering sending ground forces as well to alleviate the strain that the GNA forces are currently under.

The Turkish Parliament ratified the MOU and announced plans to create a rapid reaction force to be used in the Eastern Mediterranean. This decision has created some concern especially in Cairo and Athens. These two states are a couple of the key allies of the Libyan National Army (LNA).

The situation on the ground currently is as such:

1) The LNA is currently pounding Misrata with airstrikes and artillery . A deadline that demanded the GNA surrender in Misrata, Sirte and Tripoli which was supposed to expire on 22 December, was extended by 72 hours.

2) The GNA which is grasping at straws has reached out to another ally of the LNA Russia in an effort to halt the offensive.

3) Reports of a Turkish effort to resupply the GNA could be underway. On the evening of 21 December,  the LNA captured a ship flying the flag of Grenada that had a Turkish Crew. The crew has been arrested while the ship is inspected.

If there is a confirmed Turkish effort to resupply by sea there are reports that the Greek and Egyptian Navies will jointly patrol the coastline if necessary.

The US State Department has stated that the MOU between Tripoli and Ankara is not helpful to the situation. This has been the only statement that has come out of Washington regarding the recent turn of events in Libya.