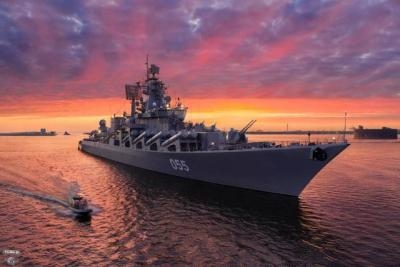 Naval warships from Russia and China are currently on their way to South Africa to participate in Exercise Mosi.

Exercise Mosi, will take place at the end of November, the exercise goal is to develop and strengthen relations and friendly co-operation between the armed forces of the three countries.

The theme for this year’s event is “Joint actions to ensure safety of shipping and maritime economic activity”.

Besides the Russian contingent, the People’s Liberation Army Navy (PLAN) is sending the Type 054A frigate Weifang (550) which would arrive Cape Town on 24 November.

On its arrival, Weifang will be joined the following day by the South African Navy’s Valour class frigate SAS Amatola and the support vessel SAS Drakensberg.

The tri-nation naval exercise would focus on the maritime economy, inter-operability and improving relations between participating navies.