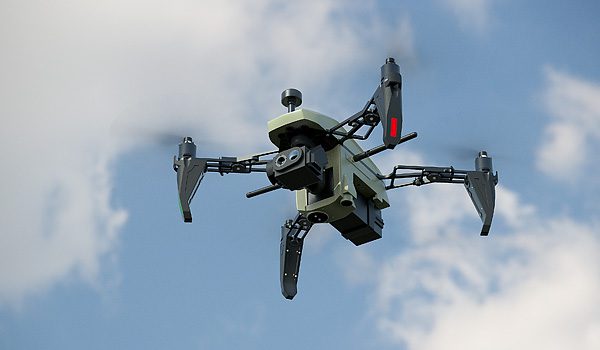 The agreement which was signed with Proforce Air Systems Nigeria, was announced in a statement yesterday 7 April.

French AERACCESS builds and produces a wide variety of unmanned aircraft systems (UAS), some of which have been supplied to neighbouring African militaries.

According to the company, “its drone give law enforcement personnel a situational awareness on the battlefield through real-time, airborne reconnaissance, surveillance and communication.”

Proforce in the recent statement said the agreement will see the immediate production of drones in Nigeria to address the internal defence challenges in the country.

“It will certainly be used to comb our forests and detect hostile elements.” Proforce noted.

The partnership between the two companies was signed by Proforce Air Systems CEO, Ade Ogundeyin and Aeraccess CEO, Shehzaad CAllachand during the BPIFrance exhibition held in Abuja on Wednesday.

Drones designed by Aeraccess are divers but mostly quadcopter-based classes, and they include palm-sized NanoHawk, HawkEye MK I, HawkEye MK II, HAWKER Q800X, and the SPARROWHAWK.

It was reported that Proforce recently supplied its Ara MRAPs to Belarus, however, the company and the Belarusian government are yet to confirm the business. Military Africa reached out to Proforce regarding the MRAP sale but the company declined to comment.