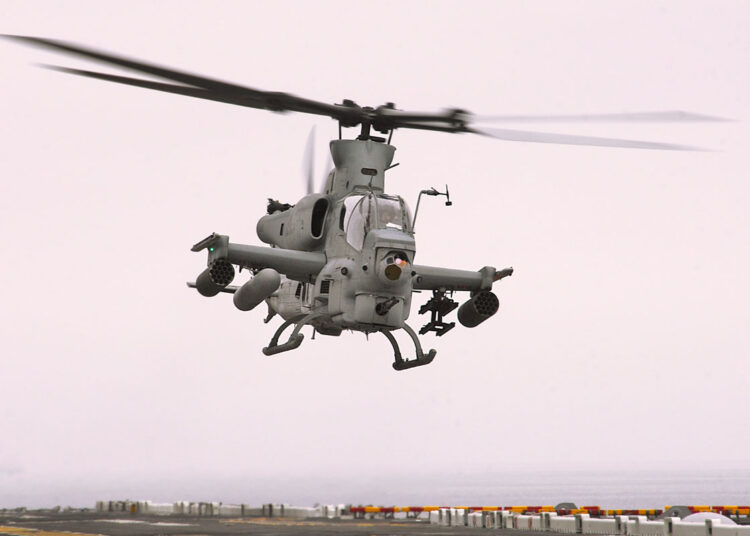 The United States government has approved the sale of 12 AH-1Z attack helicopter to Nigeria, valued at almost $1 billion.

The Defense Security Cooperation Agency has delivered the required certification notifying Congress of this possible sale.

The sale went ahead after a November visit to Abuja by Secretary of State Antony Blinken during which he raised concerns about Nigeria´s rights record.

At the time, though, Blinken also made clear that the United States regards Nigeria as a partner in combating terrorism and Islamic extremism in West Africa and the Sahel, a region along the Sahara Desert stretching across North Africa, and is looking to increase cooperation with it in those areas.

“The proposed sale will better equip Nigeria to contribute to shared security objectives, promote regional stability and build interoperability with the U.S. and other Western partners,” the department told Congress. “This sale will be a major contribution to U.S. and Nigerian security goals.”

The approval process to purchase the AH-1Z helicopters have been fraught with much diplomatic wrangling due to Nigeria’s perceived human rights record.

Since July last year, US Democrats and Republicans on the Senate Foreign Relations Committee have been delaying the AH-1Z and its associated parts as well as other defense systems from being sold to Nigeria by Israel.

Nigeria is currently facing several security challenges including; an insurgency in the northeast which has entered its 12th year, as well as bandits, separationists, and kidnappings.

In line with it’s procurement policies, Nigeria seeks to diversify its weapons suppliers to prevent over-reliance on one manufacturer or country. The AH-1 Cobra attack helicopter will join others of Russian and Italian origin, namely Mil Mi-24/35 “Hind“, and Agusta A109 powers light attack helicopters.

The 12 AH-1Zs will most likely equip the newly commissioned Army Aviation Corps, which its pilot officers are currently undergoing training in India.

The Nigerian Army had blamed the lack of airpower as the reason for the prolonged battle with the Boko Haram insurgents, stating that it needs its own ‘air power’ to quickly wrap up the long-drawn military campaign. Thus, the Minister of Defence, Major General Bashir Salihi Magashi (rtd) disclosed in February last year that a full-fledged Army Aviation is a critical component in the counter-terrorism and counter-insurgency campaigns in the country.

However, operating armed helicopters will likely draw fierce resistance from the Air Force which sees such capability as well within its ambit.

The Viper can carry both TOW and Hellfire anti-armour missiles and is qualified to carry the Maverick missile. The helicopter can fire the Hydra family of unguided 70mm rockets or the larger 127mm Zuni rocket bombs. Since 2008, all units are armed with the advanced precision kill weapon system (APKWS), a guided version of the Hydra. It also carries a three-barrel, 20mm Gatling gun for close range (up to 2km) engagement and 750 rounds of ammunition.