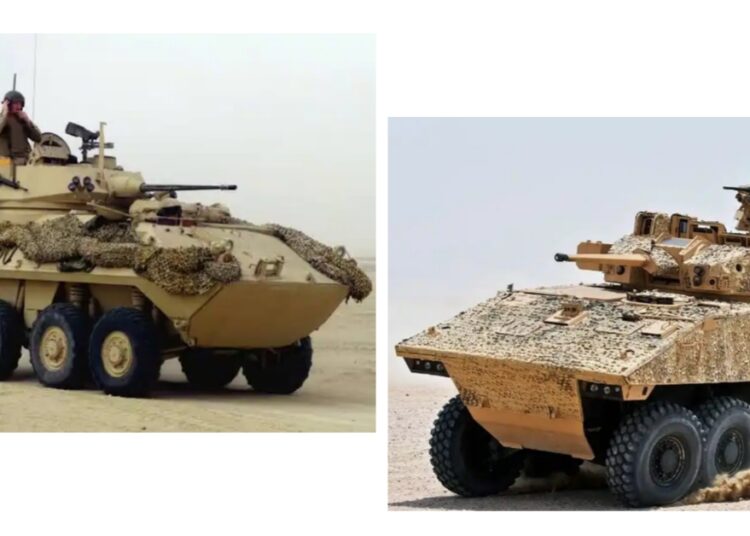 The Royal Moroccan Army (RMA) is seeking a replacement for its entire armoured vehicle inventory which is deemed too old to effectively operate in a challenging combat environment.

Rabat land forces have over the years relied heavily on the VAB 6×6 armoured vehicles which entered service in the late 1970s.

Around last decade, Morocco began an initiative to expand the capability of its various military sectors, this, increasingly showed its commitment to developing its armed forces as part of a 2030 Modernization Plan.

The effort relies on and emphasises the growth of the domestic defence sector to safeguard its security. In this regard, Morocco’s defence budget for 2022 will increase by almost 5% from the previous year (now estimated to reach $6.5 billion).

Morocco operates around 400 75 VAB VCI and 320 VAB VTT armoured vehicles, they had been modernised and upgraded locally under the name “ifrane.

For the new acquisition of next-generation armored personnel carriers will enhance its land defense capabilities, and several defense companies were approached, including American General Dynamics’ and French Nexter.

Around one hundred vehicles are being produced annually for France, but the assembly line could deliver at a significantly higher rate, to meet any possible export requirements. Says Nexter.

On the other hand, General Dynamics may be asked to supply it’s Light Armoured Vehicle (LAV) series of armoured vehicles which is a license-produced version of the Mowag Piranha.

Morocco appears to be more interested in the Stryker version if the LAV III which strikes a balance between heavy armor and infantry. General Dynamics is leveraging of it’s earlier business dealings with Morocco to supply the Stryker armoured vehicles.

In any case, Morocco still has eyes for Arquus vehicles particularly the new VAB MK3 6×6 due to its commonality and ease of transition with previously owned Arquus armoured vehicles.

The VAB Mk 3 is the latest iteration of the family of wheeled armored vehicles. It was unveiled in June 2012 during the international defense exhibition that was held in Paris, France.

According to Arquus, the VAB Mk 3 is not just a simple upgrade of the previous VAB, but a new vehicle design that is fully adapted to new threats on the battlefield such as IEDs and mine blast. It has more firepower, mobility, and protection.

Although, the layout of the VAB MK3 is similar to the standard version of the VAB, with the engine at the front, the crew compartment in the middle and the troop’s area at the rear, but it features a new modular design and monocoque hull structure.

The VAB Mark 3 is equipped with new armor which provides protection for the crew and the soldiers Level 4 STANAG 4569 against ballistic threats up to 14.5×114mm AP (Armor Piercing) bullets. The VAB Mark 3 provides also a mine/IED (Improvised Explosive Devices) protection up to Level of a MRAP (Mine-Resistant Ambush Protected) vehicle. The vehicle can carry 3 crew members and 7 infantry soldiers.

Arquus has earlier carried out several business with the Moroccan military, like the supply of 36 (formerly Renault Trucks Defence) Sherpa light scout 4×4 armoured vehicles for use by its special forces.