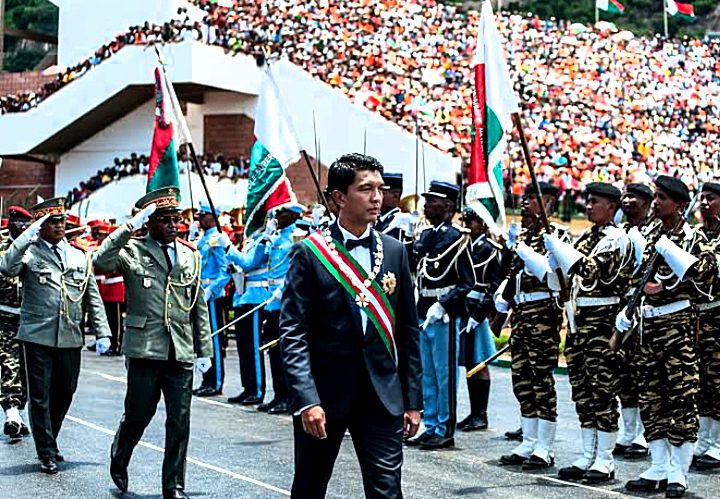 Russia and Madagascar on March 25 strengthened their bilateral defence relations, following a visit to Russia of the Malagasy Minister of Defence, General Richard Rakotonirina, on 18 January.

The new 5-year bilateral agreement comprises an automatic renewal clause, arms sales, collaboration in the development of military products, the training of military personnel and the maintenance of equipment.

This latest development is a follow-up of an earlier Russo-Madagascar military cooperation agreement signed on 28 September 2018 between the deputy chief of staff of the Russian armed forces and the Minister of Defence of Madagascar General Béni Xavier Rasolofonirina.

The 2018 agreement focuses on security cooperation in the field of law enforcement, the fight against terrorism and maritime piracy, and the supply of military equipment.

The recent bilateral agreement with Madagascar seems just the latest move for Russia in its larger strategy to increase its diplomatic presence in Africa. In 2019, Russia hosted more than 50 leaders for the first Russia-Africa summit. The event will cement “Russia’s active presence in the region,” Foreign Minister Sergei Lavrov said.

For decades, Russia and Madagascar has maintained their relationship albeit discreetly due to Western political pressure in the region. For this reason, defence ties had actually been on hold since the fall of the socialist Democratic Republic of Madagascar in 1992. As a matter of fact, both countries are celebrating the 50th anniversary of their diplomatic ties this year.

Since 2020, beside military cooperation, four other bilateral agreements were in consideration notably in the fields of health and drinkable water.

The defence ties comes amid the global upheaval over Russia’s invasion of Ukraine which Moscow claims a “Special Military Operation.” Madagascar abstained from voting on the 2 March and 25 March UN Resolutions condemning Moscow, claiming ‘neutral’ status.

“We Malagasy have chosen to work with all countries, be it from the West, or be it from Russia.” said Prime Minister Christian Ntsay. A position for which the Russian Ambassador in Madagascar warmly thanked the government during a visit to the Ministry of Foreign Affairs on 28 March.