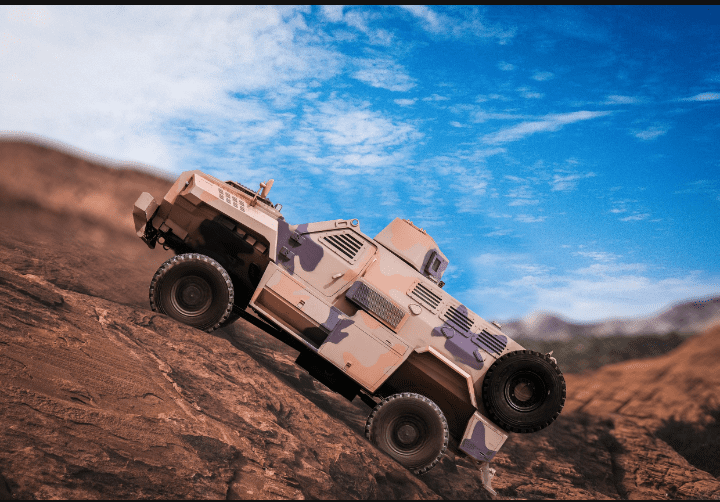 The Ara acquisition is considered a welcome relieve, especially as the country looks to diversifying its defence suppliers.

Chad’s Ministry of Defence has placed an order for an additional 20 Proforce Ara MRAP at an undisclosed amount.

The Chadians will add the twenty new Ara MRAP to the hundred it purchased in 2019. N’Djamena’s decision to procure the Proforce Ara 2 at the time comes after major security threats by the Union of Resistance Forces (UFR) from Libya.

Chad’s military which has not received many new vehicles over the last five years relies on BMP-1, WZ-523, VAB-VTT, Bastion Patsas and BTR-60/80 vehicles to meet its armoured personnel carrier requirements, with the delivery of 11 Israeli RAM armoured vehicles in 2015 being its only major acquisition.

The Ara acquisition is considered a welcome relieve, especially as the country looks to diversifying its defence suppliers.

The improved Ara (or Ara 2) is a heavily modified derivative of the original Ara (Thunder), Proforce Limited launched the PF Ara 2 MRAP in 2019. Eight of which were delivered to the Nigerian Army in 2018 out of an order of 30. Proforce disclosed that the Ara II offers significant enhancements, most notably a fully monocoque hull.

Development of the improved version began in January 2018 after feedback from the Nigerian military.

Built to STANAG level 4569 protection standards with double skin protection of Level 3A and 3B, and an underbelly of 4A and 4B. This protection level ensures an underbelly with a V-shaped hull design that can withstand a 10 kg mine.

The Ara 2 MRAP has the capacity to carry up to 12 personnel plus equipment and can be configured into multiple variants including recovery, command and control, ambulance, field kitchen and reconnaissance. The vehicle can be armed with a 12.7 mm machinegun can be mounted on a 360-degree roof turret which can be open or fully enclosed.