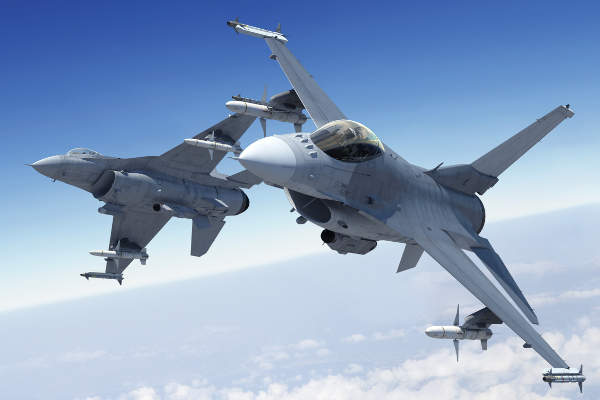 The F-16 has an official name—Fighting Falcon—that nobody uses. Standard armament includes an internally mounted 20 mm cannon with 500 rounds. Modern Block 50 versions can carry up to 22,000 pounds of weapons, electronic countermeasures, sensor pods, or fuel tanks on 11 external stations.

It’s no longer that Nigeria has been cleared to purchase 12 AH-1Z Viper attack helicopters from the United States at the cost of almost $1 billion.

The formidable AH-1Z Viper will be deployed immediately it arrives at the northeastern sector of the country to join the battle against terrorism and insurgency. Working side by side with Russian-made Mi-24/35 Hind assault gunship.

Although the timeline of delivery is expected to be between 2026-and 2027. Terrorism and insurgency may have likely been quashed at that time, thus, leaving the AH-1Z Viper with no mission except as part of the overall territorial defence against foreign conventional threats.

Besides the AH-1Z Viper, the United States had earlier supplied 12 A-29 Super Tucano light attack and trainer aircraft to Nigeria in a $500 million business.

Likewise, the A-29 Super Tucano was also delayed for several years citing the US Leahy Law which prevents Washington from providing arms to countries defaulting on human rights.

The A-29s have since been deployed to the northeast sector where the counter-terrorism and anti-insurgency efforts are concentrated. The aircraft’s precision bombing capability has proven to be useful in countless air raids against terror activities.

Nigeria for a long time tries to maintain a procurement policy of acquiring hardware from multiple sources to avoid over-reliance on a single supplier. For instance, the Army’s main battle tanks were procured from the United Kingdom, Russia, Serbia, and China, while the Navy’s newest vessels were sourced from China, Turkey, and the UAE.

Nigeria was once placed under economic sanctions and arms embargo from the West against General Sani Abacha’s regime in November 1995, following the execution of nine human rights activists including writer Ken Saro-Wiwa.

The arms embargo prevented the Nigerian military from sourcing replacement parts for its hardware thereby leaving them in bad conditions. Most equipments became unserviceable and derelict till today due to the arms embargo. Although corruption and negligence were also a large part of the problem.

Fortunately, this downward trend has been curtailed and reversed, with a rearmament initiative which began in 2014 in the wake of the terrorist attacks.

The acquisition of the AH-1Z Viper and A-29 Super Tucano will pave the way for the procurement of additional and lethal arms including the much-sought-after F-16 Viper multirole fighter jet.

For a long time, Nigeria has been eyeing the F-16 Viper to replace all its frontline fighters which comprised of nine F-7N AirGuard acquired from China. Due to a lack of cooperation from the United States over claims of human rights violations, Nigeria shifted its attention to the Pakistani-Chinese PAK JF-17 Thunder fighter jet to improve its air forces’ capability to respond to external (and internal) airborne threats.

The JF-17 Thunders are equipped with ASELPOD targeting pods from Turkish Aselsan to enable them to carry out precise ground attack missions.

Nevertheless, the JF-17 Thunders are not F-16s, both aircraft may be of similar class however, the F-16 boasts superior combat systems and is also vastly combat-proven.

Nigeria chose not to acquire additional JF-17s from Pakistan likely due to funding constraints, or because the system is largely unproven.

The F-16 remains a popular fighter aircraft choice for foreign militaries, with sales on the books for Bahrain, Slovakia, Morocco, Bulgaria and Taiwan. Last year, the US Air Force awarded Lockheed a $14 billion contract for 128 F-16 Block 70/72 jets on behalf of those five countries, with production originally anticipated to run through 2026.

The latest issue of FlightGlobal’s World Air Forces report confirms that 2,280 Lockheed Martin F-16 Falcons are in use by air forces around the globe — more than twice as many as the world’s next-most-popular fighter, the Sukhoi 27 “Flanker”.

With a roughly $30 million price tag for new build F-16s, excluding engines, armament, targeting systems, night vision equipment, technical and logistical support, all of which could push the price for 12 aircraft upward of $1 billion.

Buying second-hand F-16s is out of the question because the United States will block any such sale, just like it did in 2019 when Nigeria attempted to acquire AH-1 Cobra attack helicopter from Israel.

In 2019, Croatia, a NATO member, was preparing to buy 12 used F-16 Barak fighters from Israel for $500 million. The Israelis want to offload the F-16s to make room for the new F-35 Joint Strike Fighter, which will carry most of its combat load in the years to come. The US State Department stepped in to block the sale over concerns that Israel was planning to hand over technologies it wasn’t authorized to transfer.

Three JF-17s are grossly inadequate and Nigeria may sooner leverage on its recent diplomatic windfall and request for new build F-16s from the United States.