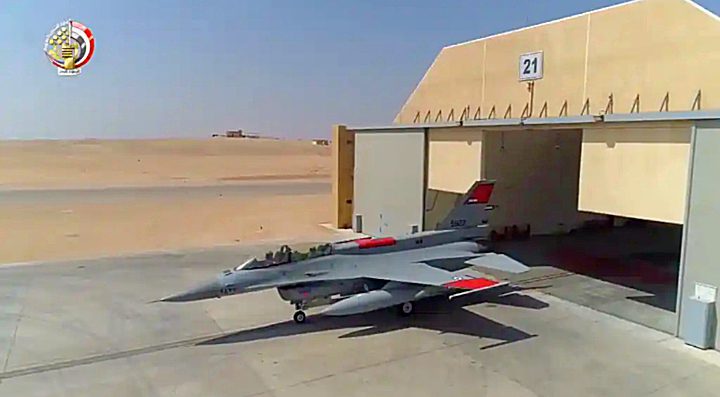 The Egyptian Air Force operates 220 F-16s, making it the 4th largest F-16 operator in the world. The F-16 is the EAF’s primary frontline aircraft, and is used for both air defence and ground attack. On June 25, 1980, Egypt signed a letter of agreement to acquire 42 block 15 F-16A/B fighters under the Peace Vector I FMS (Foreign Military Sales) program. The first F-16 was accepted by the Egyptian Air Force during a ceremony at Fort Worth in January of 1982, with the first six planes arriving in Egypt on March 16th of that year.

American International Contractors Inc. has a proven track record of successfully completing a wide range of projects in various locations throughout the Middle East, Africa, Asia, and Europe. Since 1974, AICI has served clients in both the public and private sectors. Its public sector clients include US government agencies such as the US Army Corps of Engineers (USACE), the Naval Facilities Engineering Command (NAVFAC), the US Agency for International Development (USAID), and the US Department of State Bureau of Overseas Building Operations (OBO).

“Fiscal 2019 Foreign Military Financing (Egypt) funds in the amount of $24 750 303 were obligated at the time of the award. US Army Corps of Engineers, Middle East District, is the contracting activity,” the Department of Defence stated.

American International Contractors has previously done work in Egypt – between 2012 and 2017 it built hangars and other infrastructure as part of the Peace Vector VII Package B. The $112 million project saw the design and construction of an aircraft maintenance hangar, a fuel cell maintenance hangar, a control tower, the renovation of the existing airfield lighting vault, a runway pavement mill and an overlay, the new construction for overruns for runways, new arresting cables and new nets.