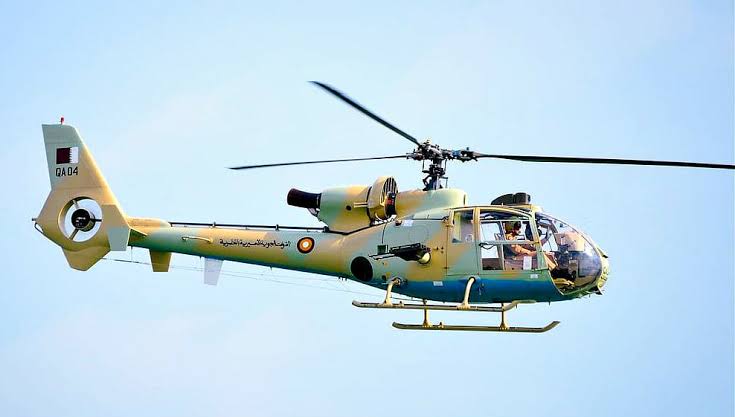 Qatar appears to have gifted at least two SA 342 Gazelle scout/light attack helicopters to Rwanda as part of the expanding defence ties between the two countries.

A video released by the Qatari Ministry of Defense 4 March during Lieutenant General Salem bin Hamad al-Aqeel al-Nabet, Chief of Staff of the Qatar Armed Forces, visit to Rwanda shows at least two Gazelles at Kigali Air Base.

The Gazelle helicopters were painted in desert camouflage, and were fitted with the engine dust filters mostly used by Middle Eastern militaries.

Neither Qatar nor Rwanda reported the transfer of the Gazelles, however, the helicopters were delivered by a Qatari C-17 Globemaster III, along with 2.5 tons of spare parts.

Qatar had acquired sixteen Gazelles in the 1980s, 11 of which was overhauled in 2011 by French-based company DCI-COFRAS. They were all removed from service after the delivery of its AH-64E Apache attack helicopters from 2019,

Further strengthening of relations between the two countries are expected as Rwanda is also interested in acquiring six Alpha Jets from Qatar.

Qatari officer cadets carried out two exercises in Rwanda in 2021 and two Rwandans graduating as pilots from the QEAF’s air college in January.