Home » China Is seeking a naval base in West Africa – AFRICOM

China Is seeking a naval base in West Africa – AFRICOM 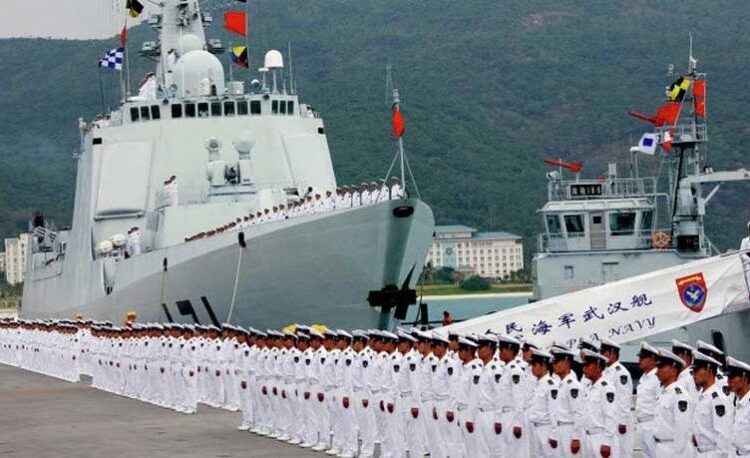 China’s efforts to increase its economic and military footprint in Africa appear to be gaining momentum as Beijing intends to establish a military base in West Africa to counter the United States presence.

Alarmed at this prospect, officials at the White House and Pentagon urge Equatorial Guinea to rebuff Beijing’s overtures.

The Chinese are actively seeking a military naval base in Africa on the Atlantic coast, which would threaten U.S. national security, Army Gen. Stephen J. Townsend, commander of U.S. Africa Command said at a House Armed Services Committee hearing on national security challenges and U.S. military activities in the Middle East and Africa.

“The thing I think I’m most worried about is this military base on the Atlantic coast, and where they have the most traction for that today is in Equatorial Guinea,”Townsend said.

If China’s plans should succeed, its naval warships would be able to rearm and refit opposite the East Coast of the U.S.—a threat that is setting off alarm bells at the White House and Pentagon, the Wall Street Journal, citing classified the U.S. intelligence information, reported on Sunday.

In response, the U.S. has recently sent an interagency delegation to that country to discuss U.S. security concerns, he said.

“As a first priority, we need to prevent or deter a Chinese space on the Atlantic coast of Africa,” Townsend said, noting that he would discuss with lawmakers more details of those national security concerns in closed session.

Since the start of this decade, China has consistently been expanding economic and military reach in Africa, a growing concern for the United States.

In April, U.S. Africa Command’s Gen. Stephen Townsend raised the issue during congressional hearing, stating that Beijing wants bases in other parts of Africa to link up commercial seaport investments across the continent with Chinese military forces.

“They are aggressively pursuing a base on Africa’s west coast,” Townsend told the Senate Armed Services Committee at the time.

“They are working aggressively to get that, but we have not seen any of that come to fruition yet,” Townsend said. “And it is my number one global power competition concern.”

Beijing has over the years emerged as a key player in Africa, after decades of heavy economic investment, which has given the Asian country leverage with many governments.

China already operates a strategic military outpost in Africa, In 2017, China established its first overseas base in the East African country of Djibouti, where around 2,000 Chinese troops are located just 7 miles from the U.S. military’s Africa hub, Camp Lemmonier.

Djibouti, which is about the size of Wales, is at the southern entrance to the Red Sea on the route to the Suez Canal. The nation is sandwiched between Ethiopia, Eritrea and Somalia also hosts USA, Japanese and French bases.

In the case of Djibouti, China claims its base was established to resupply navy ships taking part in multilateral peacekeeping, anti-piracy, and humanitarian missions off the coasts of Yemen and Somalia in the Gulf of Aden.

However, there have already been report of hostile activities between the United States and Chinese forces in the area. In 2018, U.S. forces stationed in Djibouti complained been subjected to multiple laser attacks by Chinese military personnel, prompting AFRICOM to issue a out notice to its airmen (NOTAM) operating in the area to be “extremely cautious” of what it called an “Unauthorized laser activity.”

Since the inauguration four years ago, China has continued to develop that outpost, which is now large enough to accommodate aircraft carriers. Nevertheless, even if China were to succeed in building a base in Equatorial Guinea, it would still be dwarfed by United States and its allies presence in the continent which includes more than 29 military bases and outposts.