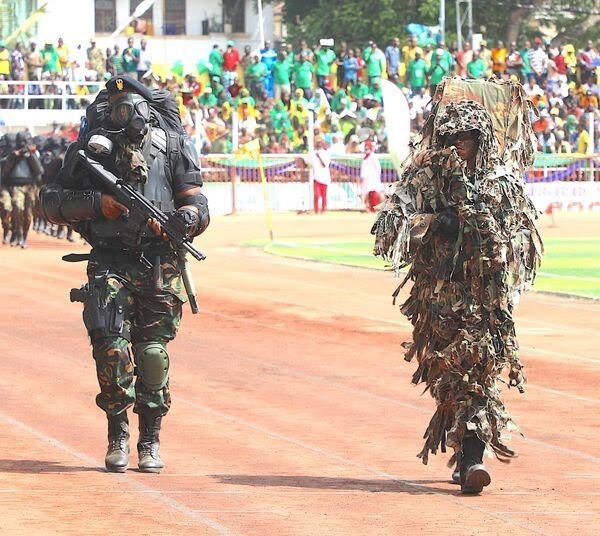 The rifle, a Gilboa DBR Snake was displayed by one of the TPDF commando during a parade on 12 January to mark the anniversary of the 1964 Zanzibar Revolution.

The Gilboa DBR Snake is two 5.56 mm AR-15-type rifles and magazines coupled into one weapon. It uses AR parts and fires the 5.56-millimeter AR round from two separate barrels, two magazines, and two ejection ports.

The rifle weighs 5.15 kg without magazines.

Most military customers are highly unlikely to field this unusual weapon.

Two barrels don’t guarantee improved accuracy or better lethality, however, the enemy will likely not know the difference from a standard, single-barrel AR.

China Is seeking a naval base in West Africa – AFRICOM