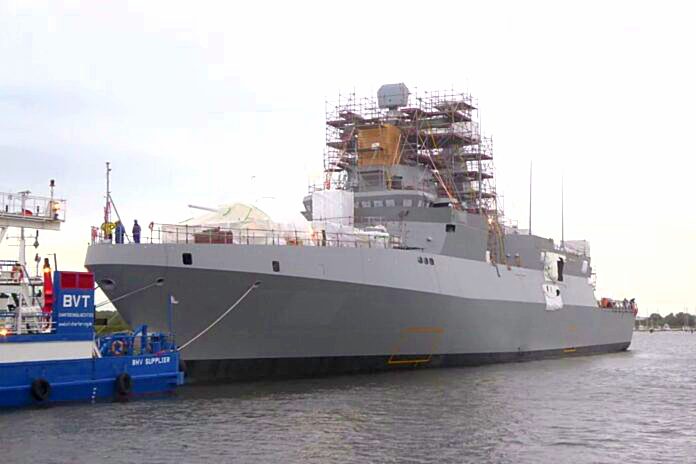 The Egyptian military-owned Alexandria shipyard has announced that it is building the fourth and last Egyptian Navy MEKO A200 frigates at the company’s construction facility in Alexandria, in cooperation with the Germany-based Thysskenkrupp (TKMS).

The Egyptian version dubbed the MEKO A200EN is considered the most lethal of the Meko frigate series. It will displace 3700 to 4000 tons with a length of 121 meters.

For the sonar, the vessel is planned to be equipped with a towed array sonar.

The vessel will have a DM2A4 Seahake and MU-90 Torpedos, a helipad with a hanger that can accommodate two helicopters, and a vertically launch drone.

Budestag’s Budget Committee gave its approval for an export credit guarantee for the six vessels, in 2019, the export credit provides guarantees of up to 2.3 billion euros for the transaction.

At the moment, two Egyptian Meko A200 frigates are complete and are currently being fitted with weaponry systems and equipment, while a third frigate is in the final construction phase in Bremerhaven, Germany.