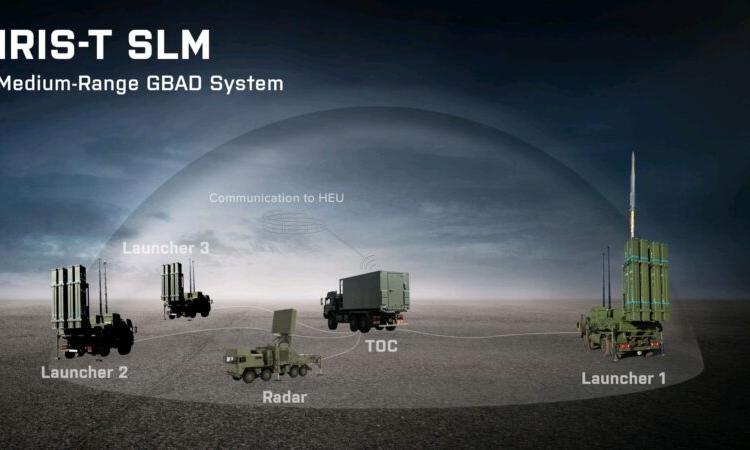 The First Batch of the IRIS-T SLM meduim-range air defense system has been delivered to Egypt a few months ago. Egypt signed a contract to purchase seven batteries of the IRIS-T SLM and an additional ten IRIS-T SLX Long-range GBAD system batteries were received.

The IRIS-T SL will significantly boost the Egyptian Air Defense Forces by having a layered and integrated air defense network coverage against any aerial threats within different ranges/altitudes.

The IRIS-T SLX and SLS contract was recently approved by the German government.

IRIS-T SL is an advanced version of the IRIS-T air-to-air guided missile, which entered service in December 2005.

A radiofrequency (RF) data link is incorporated to transmit virtual target data from an external radar to the missile during the flight. A high-precision passive infrared seeker is incorporated to provide missile guidance, increased countermeasure resistance and high target accuracy.

Egypt has been upgrading its air defences capabilities, and in mid-2017 began receiving S-300VM/Antey-2500 surface-to-air missile systems from Russia. The S-300VM is the export version of the S-300 system.

The new GBAD system will work in tandem with the recently acquired French-made Thales Ground Master 400 (GM400) AESA air defense radars. These long-range, mobile, 3D radar system has a maximum range of up to 515Km.