Home » Piracy: Denmark to deploy Absalon class frigate to the Gulf of Guinea

Piracy: Denmark to deploy Absalon class frigate to the Gulf of Guinea 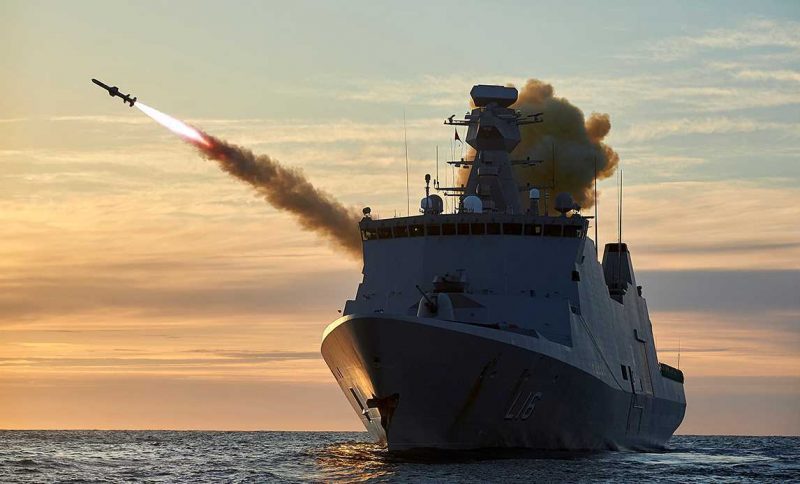 Towards the end of this year, the Danish Navy will deploy one of its Absalon class frigate to the Gulf of Guinea off the West African coastline, as part of its maritime contribution to the international effort against piracy.

The deployment is currently being reviewed by Denmark’s Government Foreign Policy Board.

“Denmark is sending a frigate to the Gulf of Guinea. This is because maritime security is being challenged. Pirates are behind several serious kidnappings in the area. This threatens the safety of Danish and foreign crews. In such a situation, we can and should not just look on. We must stand up for the right to free navigation. The Danish navy has previously shown itself to be strong and significant in the fight against piracy. But if we are to get serious about managing security in the Gulf of Guinea, an international military presence is necessary. From the Danish side, we are working for more countries to assume a responsibility, ”says Minister of Defense Trine Bramsen.

According to the International Maritime Bureau (IMB), there were 135 maritime kidnappings recorded in 2020 —and 130 of them took place in the Gulf of Guinea.

Hence, the Danish Absalon class frigate which will operate under Danish command will combat piracy as well as provide armed escort to civilian shipping in the area.

Although, there will be a robust cooperation with allies and partners’ contribution in the region.

Denmark plans to deploy the warship in the Gulf of Guinea for a period of five months from around November 2021 to March 2022.

The ship will have onboard special maritime task force which will include Special operation units, medical and surgical teams from the Armed Forces Sanitary Command and a contribution from the Military Police.

Depending on the situation, special operations forces will be deployed for tasks with high risk such as insertion of the armed boarding crews on hijacked ships and rescue operations.

The Absalon class frigates are equipped with helicopter decks and hangars, and will have MH-60R Seahawk on board, for reconnaissance, and rapid response in deploying special operations forces from the frigate’s maritime task force if necessary.

The maritime task force is trained to carry out rescue operations on hijacked ships.

“Dannebrog waving is a reliable sign of safety and security at sea. For Denmark, the responsibility as a maritime nation takes on when our seafarers’ safety and the right to free navigation are threatened. And now we are taking a strong stand against piracy in the Gulf of Guinea with both diplomatic and military contributions. We have also increased our stabilization efforts in the area, where we cooperate with relevant coastal states. It is about helping to enable countries to take care of security themselves. So we both fight pirate attacks and the causes of piracy, “says Foreign Minister Jeppe Kofod.

As the world’s fifth largest maritime nation, Denmark has a special interest in protecting civilian shipping and the right to free navigation. On average, up to 40 Danish-operated ships sail through the Gulf of Guinea on a daily basis, and they transport goods worth almost DKK 10 billion a year.

The two frigates of the Abasalon class have previously been deployed for anti-piracy operations in East Africa at the Horn of Africa, where Denmark had a long-term and continuous presence from approximately 2008 to 2015.