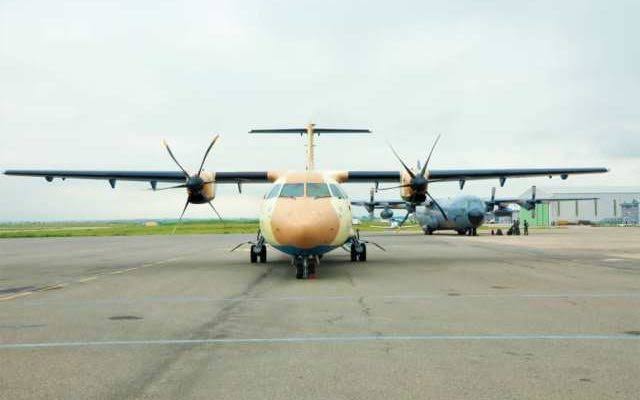 The Nigerian Air Force (NAF) has sent its second ATR 42-500MP surveillance aircraft to Germany for maintenance as in order to keep the fleet in top shape.

The second ATR 42 ISR aircraft (NAF 931) was sent to Germany in January, following the successful Periodic Depot Maintenance (PDM) of its sister aircraft NAF 931 in July last year at the at the Rheinland Air Services (RAS) Facilities, Monchengladbach, Germany after clocking 5,000 hours (or 10 years) of operation.

They are operated by the 81 Air Maritime Group in Benin, in Edo state but, they are routinely deployed with the 75 Strike Group (75 STG) in Yola as part of the air component of Operation Lafya Dole Air Task Force (ATF).

After the maintenance program for the first ATR 42 (NAF 930), the aircraft was delayed in Germany due to the Covid-19 restrictions, just as the NAF needed to increase its maritime surveillance operations as well as counterinsurgency sorties in the fight against Boko Haram and the Islamic State.

NAF engineers and technicians are participating in the reactivation process in Germany.

Alenia Aeronautica (now Leonardo) delivered the first of two aircraft in December 2009 under a $73 million deal which included crew training and logistics. The contract was signed in 2007.