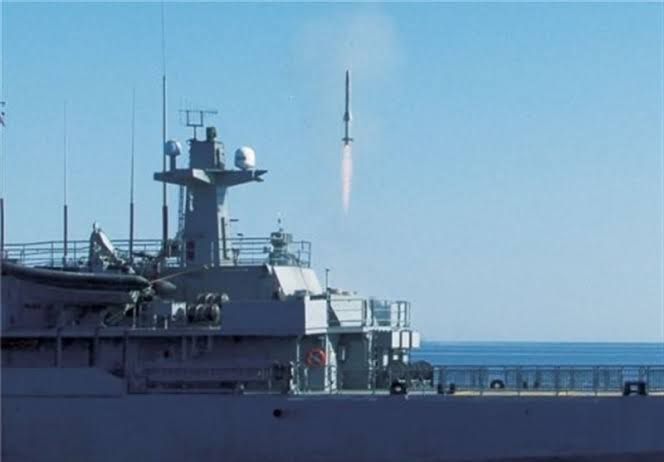 The business fell through after Denel failed to provide guarantees for the R4.5 billion contract due to its financial woes. According to the Mail & Guardian, the contract was cancelled by Egypt in late 2019.

For some years now, Denel has been reporting losses, hence, the Egyptian Umkhonto deal reported to worth about R4.5 billion was a lifeline to the failing company.

Unfortunately, Denel failed to secure any bank or insurance guarantees to back up it’s own part of the deal.

Businesses like this (even straightforward ones) usually involves a bank guaranteeing the sales in case Denel fails to deliver according to the contract.

This particular deal signed in October last year was supposed to lift Denel Dynamics out of its current financial quagmire, since it was the company’s highest export contract.

Egypt was to make an advance payment of R1.5 billion, with the potential to grow to a total value of over R30 billion, starting with Umkhonto-IR deliveries then moving onto an Umkhonto-R development and delivery contract, says Darren Olivier, defence expert and Director at African Defence Review.

Denel intended to sell 92 Umkhonto missiles, and up to 32 of the infrared variant of the Umkhonto-R, the Umkhonto-R missiles will arm the ThyssenKrupp Marine Systems range of warships which includes three Meko A200 frigate operated by the Egyptian Navy.

It was expected that the proposed contract would cover funding for development purposes since the Umkhonto-R is still in development and has not yet made a test flight.

This sale would have gone a long way towards ensuring Denel’s survival without calling on the state for bailouts.

Cash-strapped Denel has struggled to remain profitable amid declining orders from the South African military, although, the company was looking to boost exports abroad to shore up its portfolio with the Egyptian Umkhonto deal.

Even though Denel has great products, and its market share is increasing, the lack of export opportunities, stunting its development and research potentials. Its inability to attract buyers even with its quality defense products is threatening its business. Resulting in a near bankruptcy in 2004.

That year alone, Denel lost R358 million, adding to its rising R1 billion debt, more so, last year, it lost a staggering R1.7 million. According to defense and security expert Scott Morgan, he said in his article, South Africa: An Industry in Trouble, “it appears that there is a potential coup de grace being delivered to the [South African] [defence] industry as a whole”.

Similarly, last year Denel was supposed to make a scheduled delivery of 40 Military Vehicles to Chad. The Vehicles were ordered back in 2017 and the Chadian Government paid R100 Million as a down payment for these vehicles. The total cost was between R230 Million and R250 Million, however, the deal also fell through.