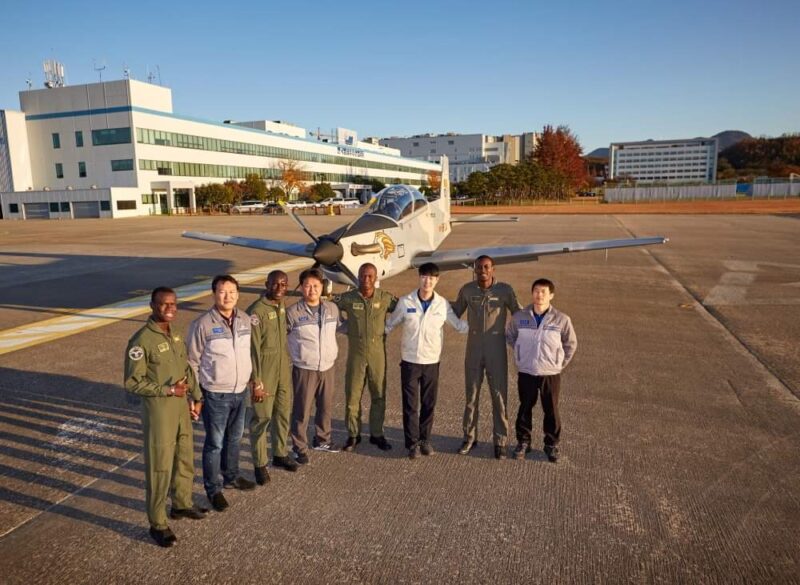 The KT-1s were supposed to have been delivered earlier this year, but the COVID-19 pandemic disrupted KAI supply chain.

Yesterday, Senegal took delivery of the first two of four KT-1S light attack and trainer aircraft, with the remaining two to be delivered by October this year.

This is the first instance of the aircraft being exported to an African nation, says KAI. The KA-1 and the original trainer variant, KT-1 Woongbi, are currently oprated by South Korea, Turkey, Indonesia, and Peru.

The two aircraft were delivered on 3 April, the delivery, ahead of Senegal’s 4 April Independence Day celebrations.

According to KAI, training of Senegalese pilots and mechanics on the KT-1 is being carried out in South Korea.

Although primarily a trainer aircraft, the KT-1 can be configured for light attack missions, armed with gun pods, bombs, rockets, and AIM-9 Sidewinder air-to-air missile. It is subsequently named KA-1.

For several years, the Senegalese air Force has been left without a dedicated combat aircraft, hence the country has been acquiring several combat and training aircraft to fill this gap.