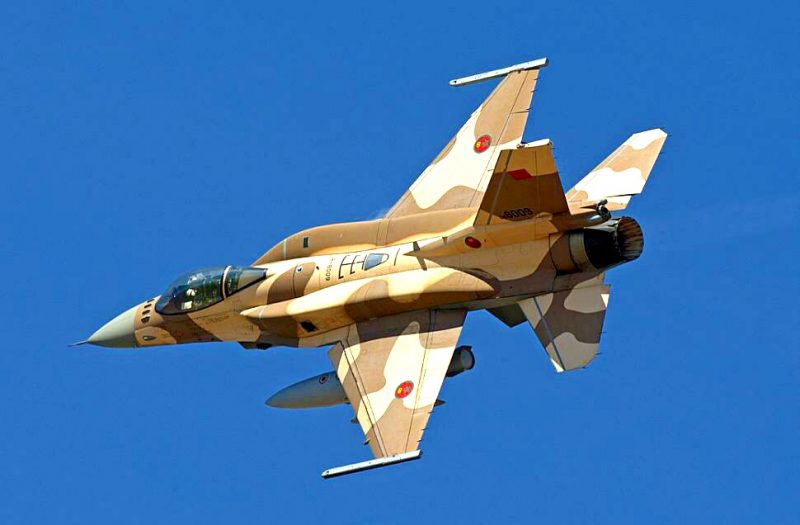 To increase the capabilities of its Lockheed Martin F-16 Fighting Falcon combat aircraft in naval warfare, the Royal Moroccan Air Forces seeks to acquire Boeing AGM-84L Harpoon Block 2 anti-shipping missiles from the United States in a deal worth $62 million.

It was announced on Tuesday, 14 April by the US Defense Security Cooperation Agency (DSCA) that the State Department had approved the sale of 10 Harpoon missiles to Morocco. The proposed sale includes containers, spare and repair parts, support and test equipment, publications and technical documentation, personnel training and training equipment, US Government and contractor representatives’ technical assistance, engineering and logistics support services, and other related elements of logistics support.

“This proposed sale will support the foreign policy and national security of the United States by helping to improve the security of a major non-NATO ally that continues to be an important force for political stability and economic progress in North Africa,” the US Department of State said

“The proposed sale of the missiles and support will increase the [Royal] Moroccan Air Force’s maritime partnership potential and align its capabilities with existing regional baselines. Morocco intends to use the missiles on its F-16 multirole fighter aircraft to enhance its capabilities in effective defense of critical sea-lanes,” according to the DSCA notice read.

As per the deal, Boeing will be the prime contractor, although, no timeline for a contract award or delivery has been set.

The Boeing AGM-84L Harpoon is a radar-guided over-the-horizon missile, with a range of more than 100 kilometers. The missile is guided by a global positioning system (GPS) and an inertial navigation system (INS), and capable of anti-ship and land strike missions using a 227 kg warhead. The Harpoon was also developed into the Standoff Land Attack Missile (SLAM) and Expanded Response (SLAM-ER) versions.

The weapon can engage a wide variety of targets, both on land and at sea, such as coastal batteries, surface-to-air missile sites, aircraft and airfields, port or industrial facilities, and ships anchored at the harbour.

As of today, the Royal Moroccan Air Force (RMAF) has 23 F-16C/D Block 50/52 aircraft which it received between 2011 and 2012, having lost one over Yemen during combat operations.

Earlier in 2019, the Royal Moroccan Air Force intended to procure additional batch of F-16 Fighting Falcons from the United States and upgrade its existing fleet. Morocco requested for twenty-five units of the latest Block 72 fighters (F-16Vs) worth $3.8 billion. In response, the US State Department disclosed on 25 March that it is looking at approving a possible Foreign Military Sale (FMS) to Morocco of 25 F-16C/D Block 72 aircraft and related equipment for an estimated cost of $3.787 billion.