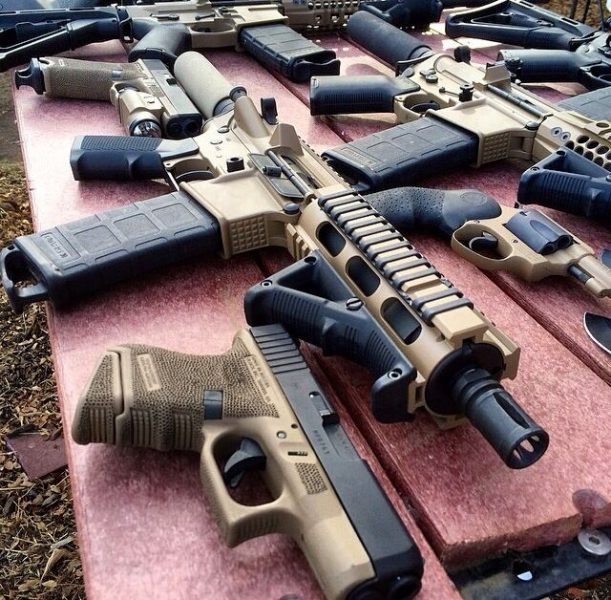 In today’s world, not all countries possess the financial and technical capacity to manufacture their own home-made weapons. Even though many countries strive to achieve this lofty endeavor, only a few manage to excel in this area.

Kenya push for additional MD 530F helicopters from the US

For Kenya, the country established a small arms manufacturing operation called the Kenya Ordnance Factories Corporation (KOFC). The KOFC started in 1997 under the Ministry of State for Defense, and so far, it is the only ammunition manufacturer in Kenya.

In the long-term, KOFC aims to satisfy the nation’s need for quality small arms ammunition and related products and to develop a local and international market for Kenyan-made weapons.

So far, the KOFC produces about 20,000–60,000 bullets daily. Kenyan made weapons are used by the armed forces and the Kenya police, which consumes about two million bullets per year, according to the KOFC website.

The importance of having a homemade weapons development capability

Why it is important for Kenyan to possess a Kenyan made weapons building capacity is because Kenya has been involved in so many conflicts and peacekeeping operations for a long time.

As a country currently fighting a war in Somalia, a Kenyan made weapons would reduce the reliance on foreign-made weapons and ammunition which are known to be prone to political fickleness and the goodwill of the arms seller.

Also, a Kenyan made weapons production capacity will help the military logisticians a great deal by simplifying the process involved in resupplying soldiers on the battlefield with readily available ammunition.

According to the report by globalpolicy.org, Kenya now produces small arms and ammunition with assistance from FN Herstal of Belgium (1996).

Also, other local arms factories have been built since then. These include South African company Osprea Logistics’ facility, which started in late 2012. The facility can assemble Mamba Mk 5 armored personnel carriers in Kenya, with a capacity to produce hundreds of vehicles in a year.

The Mamba armored personnel carrier is mostly used by the African Union peacekeepers and private security contractors around the world. However, local sources in Kenya told Military Africa that the South African company Osprea Logistics’ facility has failed to begin production of any Kenyan made weapons or armored vehicle.

Kenya now manufacture ammunition for the AK-47, the most popular assault rifle in the region.