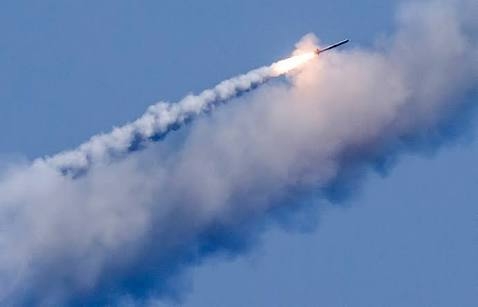 The U.K. DOD believes that Russia’s primary goal is to seize control of the biggest illegal immigration route to Europe in order to pressure the West.

According to the Sun newspaper, “dozens” of officers from the GRU military espionage service as well as its Spetznaz special forces personnel are already on the ground in eastern Libya, carrying out training and liaison roles.

The Sun alleges that two Russian military bases are already in operation around yhe coastal towns of Tobruk and Benghazi, the military base is said to be protected by Russian-based private military company the Wagner Group which already has outposts there.

Despite global concerns, Russia is providing assistance to Libya’s most powerful warlord, General Khalifa Haftar, and is also supplying his troops with heavy equipment.

Haftar – who leads the Libyan National Army – is the defacto military ruler of much of Eastern Libya.

If Moscow seizes control of the country’s coastline it could turn on a fresh tidal wave of migrants crossing the Mediterranean “like a tap”, a senior Whitehall source claimed.

The source added: “What Putin is doing in Libya is straight out of his playbook for Syria and Crimea before that.

“He sees ungoverned space and is taking it to exact maximum influence over the West.

“The fact is we are extremely vulnerable to both immigration flows and oil shock from Libya.”

The source added: “It is a potentially catastrophic move to allow him to undermine Western democracy, but again we are doing nothing about it”.

A Russian naval port on the North African coast would also open operations for its ships in the western Med for the first time in decades and potentially threaten the Strait of Gibraltar.

Commons Foreign Affairs committee chairman Tom Tugendhat said: “It’s is extremely alarming Russia wants to open up a new front against the West in Libya, but it should also come as no surprise.

“They will without a doubt try to exploit migration routes across Africa.

“We need a coordinated government response because the destabilisation of a sub-Saharan country is intimately linked to UK national security.”

Libya has been left in chaos since the toppling of Colonel Muammar Gaddafi in 2011 and the failed Anglo-French intervention that followed it.

The remit of the UN-backed government in Tripoli barely extends beyond the capital, with rival warlords controlling the rest of the country.

Although commonly referred to as the Kalibr cruise missile in media reports, the SS-N-30A is in fact just one part of the larger Kalibr family of Russian sea-launched missiles, which includes the SS-N-27 (Sizzler) anti-ship cruise missile and the 91R anti-submarine missile. All three Kalibr missiles share common Kalibr vertical launch system (VLS) tubes, which are quickly becoming a mainstay of the Russian Navy’s cruise missile launch capabilities. According the U.S. Office of Naval Intelligence, a “high ranking Russia defense industry official” said of Kalibr system in 2011:

“Russia plans to deploy KALIBR capability on all new design construction nuclear and non-nuclear submarines, corvettes, frigates, and larger surface ships. KALIBR provides even modest platforms, such as corvettes, with significant offensive capability and, with the use of the land attack missile, all platforms have a significant ability to hold distant fixed ground targets at risk using conventional warheads. The proliferation of this capability within the new Russian Navy is profoundly changing its ability to deter, threaten or destroy adversary targets. It can be logically assumed that KALIBR capability will be retrofitted on those larger Soviet legacy ships and submarines that undergo major overhauls and/or modernization.”