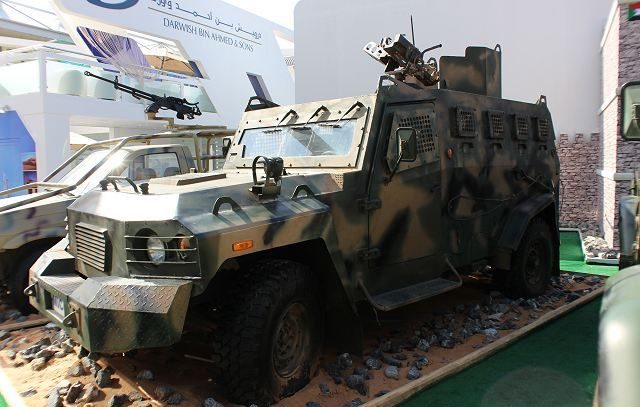 The Sarsar-2 is 4×4 armoured reconnaissance vehicle is based on a modified 1.2 ton South Korean KIA light truck chassis, although re-modified with more improved armor plating for enhanced protection against small arms and shell splinters.

The layout of the vehicle is very similar to a light combat vehicle with the engine at the front, the crew in the middle and the troops compartment at the rear.

The top of the vehicle is fitted with an open top turret which can be armed with a 12.7mm machine gun.

The Sarsar-2 can carry a total of 11 military personnel including commander, driver, gunner and 8 infantry.

Each side of the troops compartment is fitted with four small bulletproof windows and firing ports, the rear part of the vehicle is fitted with a single door.