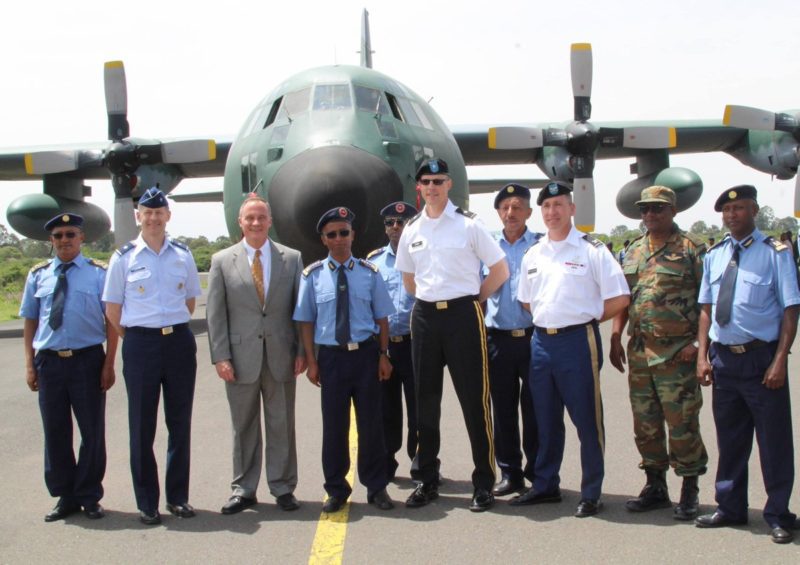 Ethiopia Air Force has just received a surplus Lockheed Martin C-130E Hercules transport aircraft from the United States. The new aircraft was announced by the US Embassy in Addis Ababa on the 7th of June.

This is making it the second aircraft donated by the United States Government to assist in airlift and transportation duties for the Ethiopian forces currently battling the deadly Somalian terrorist group al-Shabbab. The first C-130E arrived in Ethiopia in 2014 and was integrated with the air component of African Union (AU) Mission.

The US ambassador to Ethiopia tweeted that:

“Our part in supporting #Ethiopia in this vital role is relatively humble, but we’re proud that the training, logistical support, and equipment we provide helps Ethiopia take on this important task.”

The C-130E is an extended-range development of the C-130B, with two underwing fuel tanks and increased range and endurance capabilities.