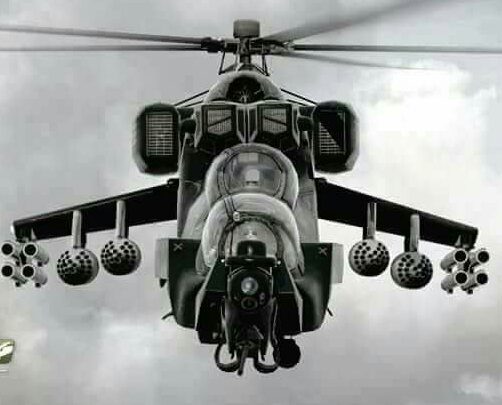 The Chief of Aircraft Engineering, NAF Headquarters, Abuja, AVM Abdulganiyu Olabisi also disclosed that the two new mi-35M helicopters would be re-assembled at the Tactical Air Command, Maiduguri before being flown to Kaduna to be commissioned at the upcoming 54th Air Force day celebration.

Recall that the first two Mi-35 out of the 12-unit ordered were delivered to the Nigerian Air Force and formally inducted them into  service on April 25th.

This latest batch of Mi-35M attack helicopters are part of a haul of  twelve brand new units ordered from Russian Helicopters in September 2015.