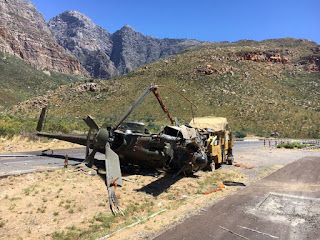 The Oryx helicopter is operated by 22 Squadron at AFB Ysterplaat. Fortunately, there was no loss of lives. However, a crew member received serious injuries and has since been moved to the 2nd Military hospital in Wynberg where he is receiving treatment. 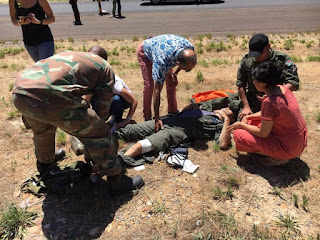 South African National Defence Force (SANDF) spokesperson Siphiwe Dlamini said the crew of eight was on a tasking to assist a training team in Touwsriver, near Worcester.

The Oryx, tail number 1236, had just participated in the AFB Langebaanweg/Silver Falcons 50th Anniversary Airshow on the Saturday. It was flying in company with an Agusta A109 light helicopter of 15 Squadron, Durban, which also participated in the airshow.

The accident happened after they completed their training assignment and were on their way back to AFB Ysterplaat. The Oryx was also carrying a spare engine for the A109.

The area is well known to the Cape Town based helicopter crew, but it appears that the wire the Oryx hit had only recently been erected in a valley of the Du Toitskloof Mountains.

“Wires are brand new (only put up this week) with no notams [notice to airmen],” the crew member said.

He added that not even the SA Red Cross Air Mercy Service (AMS) knew about the wires, despite AMS also flying extensively in the area. 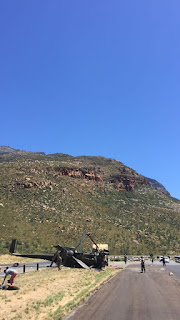 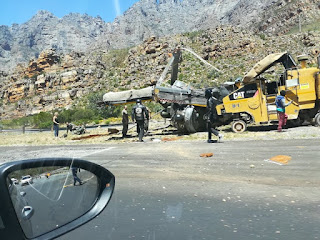