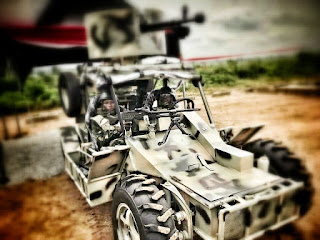 Although, the dunes buggy isn’t really a new design but in Africa, it’s usage and development has never been done before.

The Nigerian Army engineers Corp known to be innovative and creative in the face of overwhelming obstacle came up with the IPV to tackle the high-speed high-mobility engagement they usually encounter in the arid desert of the north eastern Nigeria.

The incessant attacks by marauding Cattle herdsmen from the Fulani tribe against farmers and villagers prompt the Nigerian military high-command to look inwards and develop a potent solution at a very cost-effective price.

Coupled with the onslaught of the deadly Boko Haram terrorist sect who seems despite all efforts to squash them ironically keeps gaining strength. The Islamic sect usually utilizes fast mountain view to conduct their deadly business in hard to reach areas while escaping in the comfort of their fast and nimble motorcycles and pick-up trucks. 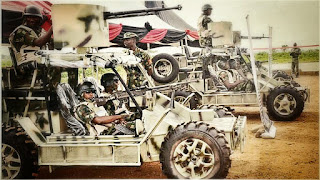 Although, the dunes buggy isn’t really a new design but in Africa, it’s usage and development has never been done before. It came at a time when The Nigerian military was finding its feets in terms of adaptation and adoption of new and trending technologies.

Unlike other patrol vehicles like the Pick-up truck, HMMVEE, MRAPs or APCs, the IPV WAS never intended to Carry substantial armor since the infantrymen would be protected by their own personal armor. However, minimal protection around the engine blocks are usually fitted but at the discretion of the field commanders. 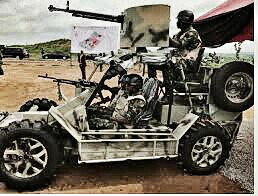 It however offers increased advantages over existing related vehicles such as: 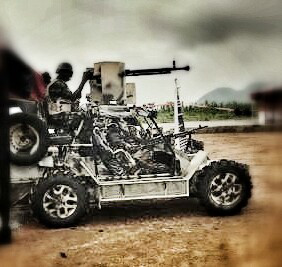