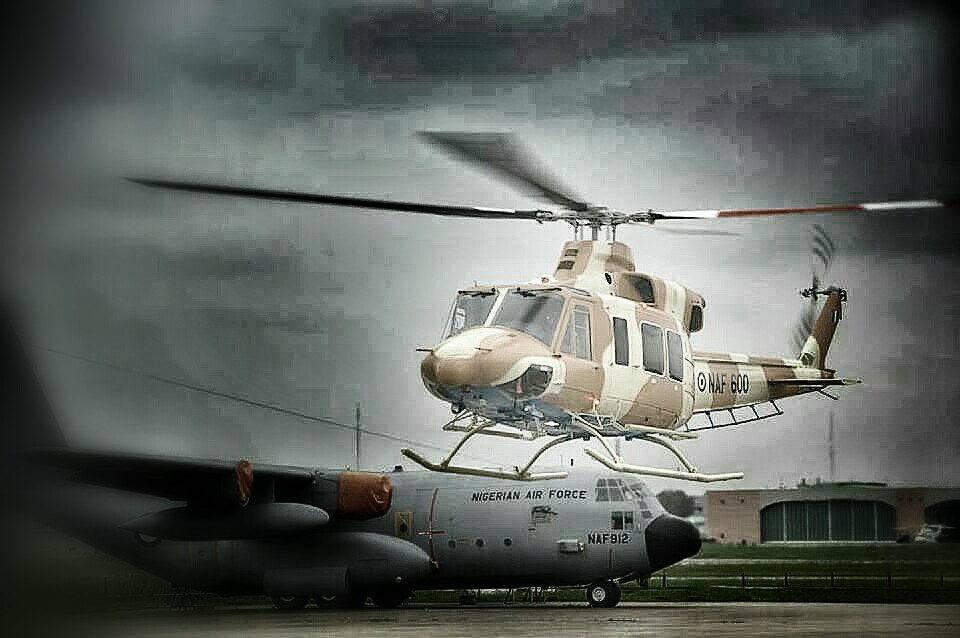 Two Bell  412 combat utility helicopters has been inducted into the Nigerian Air Force (NAF). The two helicopters was donated by the Rivers state government to the NAF following its incapacity to pay for the customs duty on the helicopters and the Federal Government’s refusal to grant a waiver to clear the helicopters.

Both helicopters would immediately be deployed to the troublesome NorthEastern Nigeria for operations against the Boko Haram terrorist section. During the induction of the utility helicopter at the 631 Aircraft Maintenance Depot, Ikeja Lagos the Nigerian Chief of Air Staff (CAS) Air Marshal Sadiq Abubakar said that both helicopters would boost the country’s efforts in its fight against insurgency.

He further added that the helicopters were refurbished in-country and vital systems like the engines, rotor transmission and surveillance equipment were shipped to the United States and Canada for repair and overhaul a necessity considering that both helicopters have been in a storage container for a long time.

The Bell 412 helicopter can be used for aerial patrol, civil service support, surveillance and reconnaissance flights. It would most likely be used for troops transport or Combat Search and Rescue (CSAR). It can carry 13 people including the two crew members. It is fitted with Night Vision Camera for night operations, other safety features is also added.