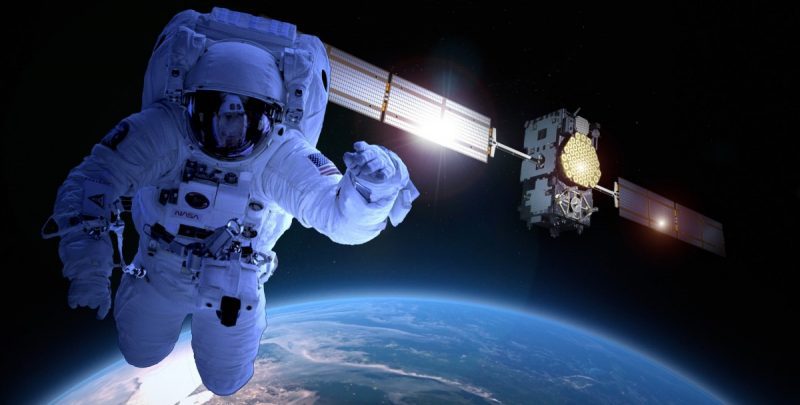 The world watched in awe when Neil Armstrong first stepped on the moon in 1969 and uttered those now famous words – “One small step for man, one giant leap for mankind”

Since then, the struggle to explore, chart, and exploit outer space continues to inspire Nations across the globe.

The importance of space travel cannot be overemphasized in today’s world, particularly as technology increasingly search for new frontiers.

With the advent of technological advancements, mankind can now go further into the galaxy to explore uncharted territory, and potentially even uncover new scientific phenomena.

In 2002, the Assistant General Director of Training and Capacity Building at NASRDA made a presentation paper setting out a 28-year roadmap for the research, developing and launching of satellites from Nigeria by 2030.

Following the plan, Nigeria successfully launched its first satellite, the NigSat-1, in 2002.

The roadmap also includes training Nigerian engineers to build an Earth Observation Satellite by 2006; to launch two satellites, NigSat-2 and NigSat-x, by 2011; to train Nigerian astronauts by 2015; to build and launch a Nigerian made satellite by 2018; and to develop and launch rocketry systems in Nigeria.

More notably, by 2030, to launch a satellite from Nigerian territory. After that, send a man to the moon.

Although the roadmap appears to be remarkable at the time, it has met several of Nigerian’s expectations.

For instance, the little-known Centre For Space Transport And Propulsion (CSTP), a technical arm of the National Space Research and Development Agency (NASRDA) has successfully developed and launched three rockets in 2019.

It’s been more than two decades since Nigeria’s first space Institute was commissioned, today, Nigerian space institutions strive to meet the objectives set out in a 28-year roadmap amid widespread scepticism and constrained funding.

However, CSTP officials believes they can still achieve the strategic goal if the government prioritizes funding for the project.

To be viable, the various Nigerian Space Agencies would need to look at how we can create typical Nigerian solutions to most of our problems.

In this way, they can generate proper income stream to keep their operations afloat considering the funding constraints.

One way is to provide commercial and open-source data and imagery capabilities for the commercial and agricultural sector, aside their stated role of providing data for governments geographic use.

Satellites can also be useful in tracking the movements of terrorist groups in remote areas of the country.